Please Share this article is useful !
After a long rumored to be collaborating with Demi Lovato, eventually their fantastic single release. By offering a new musical color, song upset successfully packaged neatly in a fairly pleasant music.

Track titled Up presents harmonization between sound slick Olly and Demi. Especially the guitar sound a bit folky, making it more catchy track with the addition of piano and bass drum instrument stomping. 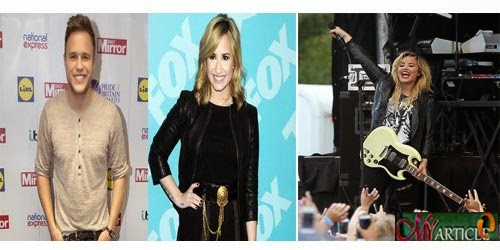 Olly also praised Demi voice on this track. In fact, she was also leaked that the clip for this track will soon follow.


"Sounds Demi on this song sounds very impressive. We also have done filming for the video Up which will soon follow soon," said Olly Murs.

Equally satisfied, Demi Lovato also praised Olly musical style this time. According to him, the music is very different from the usual music he brought. "Olly is a romantic man in the world and I'm delighted to be working with him," said Demi Lovato.

Track which lasted almost 4 minutes it will be entered into the new album track list Olly, NEVER BEEN BETTER. If the schedule, this album is planned to be released on 21 December.