Please Share this article is useful !
Long time no hear the news, Avril Lavigne finally appears also to the surface. The appearance of this beautiful singer is the first time since reportedly ill some time ago.

Not just to say hello to his fans, Avril accidentally released a teaser for his latest music video. This video is a continuation of its flagship single titled Give You What You Like. 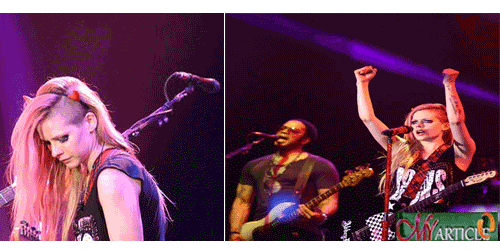 This song is one of the mainstays Avril Lavigne track self-titled album yesterday. The album was even released a long time that in November 2013 yesterday.

The special track will follow the song Let Me Go which has been made into a music video version. On the other hand, Give You What You Like released to accompany a television show called babysitter'S BLACK BOOK.

Blonde singer is apparently still have a few other surprises for fans. Last month, lover Chad Kroeger announced that he was making a song called Fly.