Please Share this article is useful !
Ferrari 488 GTB will be excellent new in the automotive carpet this year. While waiting for his presence, Ferrari has revealed the specifications and performance record based test which they apply.

Ferrari 488 GTB uses the new 3902 cc V8 engine turbo that is claimed to be at the top of the class, both in terms of power, torque, pull up the response to become the new benchmark. 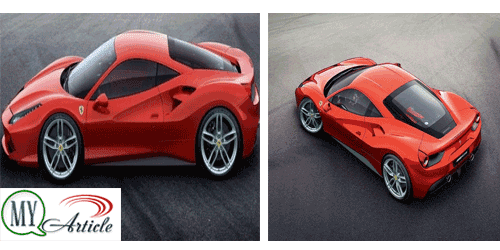 Based on the test record acceleration 0-100 km / h, Ferrari claims that the car derived from their experiences in the world of racing like F1, World Championship, 24 Hours of Le Mans, it can obtain it in 3 seconds.

Many things that support such records, including "downforce" more so large engine power is supported by the aerodynamics of the body, such as the use of double front spoiler, active aerodynamics behind paired with blown spoiler.

However, applying the transmission Variable Torque Management to present a great torque but changed subtly, so quite "tame" his trademark wildness.