Please Share this article is useful !
Although only 17 months old, the weight of the cat has reached 11 kg or three times larger than the average of other cats. 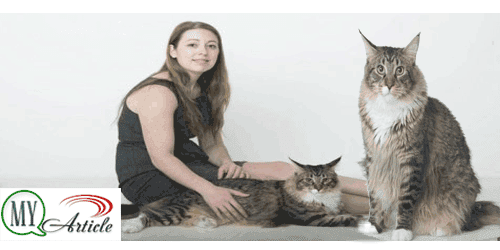 Maine Coon cat race is born with a body larger than the average of other cats. However, now the weight Ludo even bigger than most cats Maine Coon.

Its owner, Kelsey Gill, who lives in West Yorkshire with her husband Matthew, said: "Two other Maine Coon we have today is much smaller than Ludo and they have been aged about four years. And Ludo has overtaken them, both in weight and size, when he was five months. "

Kelsey, 28, also realized that Ludo could be one of the biggest cat in the world. It was known after doing a little research on the internet. She and her husband discovered that cats like Ludo rare.

Interestingly, although large Ludo body, he eats at least compared to the two relatives. And he was also very friendly and pleasant.