Please Share this article is useful !
So my surprise when opening a private television channel announced live that the arrival of news about one of the artist's well-known comedians that Olga Syahputra. 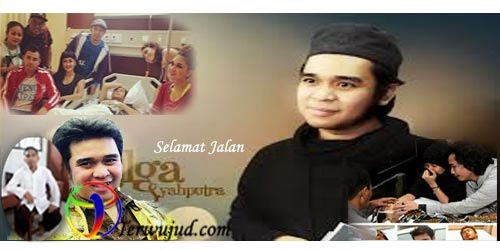 Through the mass media on the Internet www.tribunnews.com and www.merdeka.com also been rumored if Olga Syahputra really has left us all (friends and fans).

From interviews with the manager Olga Syahputra Net.TV (Vera) to apologize on behalf of Olga to all friends, fans and others if there is an error Olga. Following his submission:


"So sorry if there are any of Olga," said manager Olga, Vera during an interview on the Net TV on Friday (27/3). "The family is still in shock. We ask for prayer," he said.

Olga Syahputra planned funeral was buried in the area Pondok Kelapa or in Duren Sawit. When and when not mention the exact burial.

Rest in Peace Olga
However, Olga Syahputra a comedian at the same figure that has been fairly well-known artist. In addition to the popular, well known Olga During his life, generous and helpful, of course, this is a test and trial that is very hard for the family left behind. 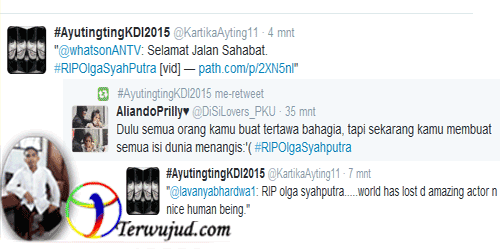 Not only father, mother and sisters Olga, Olga Syahputra friends like Raffi Ahmad, Ayu ting-ting, Jesicca Iskandar, Ayu Dewi, Soimah, Can Kelvin, Tara Budiman and many others also hit upon the departure of the artist this famous.

Prayer to Olga Syahputra
Goodbye Olga, hopefully at your age that to be age 32 and glorious blessing when you live in this world, because everything good that you have done will be rewarded reward outstanding by God.