Please Share this article is useful !
Along with age, skin elasticity decreases naturally. Facial skin endur going to, even seemed to sag. H al this can affect a person's confidence. One of the medical procedures that can overcome the physical condition of the above is a plastic surgery facelift or rhytidectomy. Previously, the facelift is only done to tighten the skin, but now can simultaneously reposition the muscles, skin, and fat. 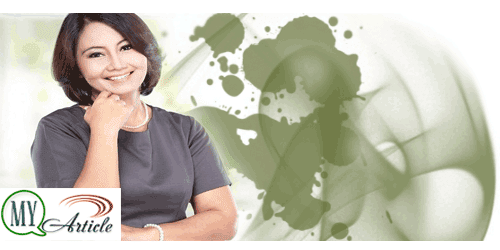 Age Factor
A facelift is generally performed at the age range of 40-70 years, but it was likely done at an older age. The best results can be obtained facelift in someone who still has the elasticity of the skin, though it was aging. This cosmetic surgery procedure involves the removal of sagging skin and discard. Furthermore, the skin will be stretched to repositioned.

Results of a facelift procedure can last about 5-10 years. Your appearance will look younger. Even so, that does not mean the aging process at a standstill after undergoing a facelift.

Some other procedures are often done in conjunction with a facelift, among others necklift to the neck, browlift to the forehead, and eyelid surgery.

Process and Recovery Operation
The duration of the facelift procedure is very diverse, ranging from Â 2 hours to 6 hours. Depending on the condition of each patient.

Facelift procedure is initiated through an incision in the hair or hairline above and in the front of the ear. The incision is then passed down the ear until the end at the hairline behind the ears.

The doctor removes the bandage in a few days. In the first 2-3 weeks, the doctor will ask you to re-consult. Generally then you are still experiencing bruising and swelling. At that time, the possibility of doctors will also release the stitches. Keep in mind that the process of recovery after facelift can be different in each person.

Possibility Risk of Complications
Before deciding to perform a surgical facelift procedures, Â first consult your doctor about the risk of complications that may occur.

Some of the risks of facelift that may occur can be bruising, bleeding, infection, widening or thickening of scar after surgery, and decreased muscle function while.

In addition, the risk facelift also included hair loss around the incision site, the asymmetry between the two parts of the face, as well as the destruction of skin tissue (skin necrosis). Some of the symptoms that require medical attention you got after doing a facelift, among others:
Preparation steps
Facelift procedure performed by a surgeon plastik.Â. Before performing the procedure, do the consultation to be ready and confident.

Some things that can be discussed, such as the purpose and change what you want to do. There is a possibility, the doctor will advise the changes that are lighter to achieve that goal. For example, eyelid surgery alone compared facelift.

The doctor will also ask about your medical conditions, including medicines consumed and the surgical procedure you did before.

You will be asked to stop taking aspirin, anti-inflammatory medications, or herbal supplements because it can increase the risk of bleeding. Your doctor will probably prescribe antibiotics before facelift to reduce the risk of infection.

High-risk groups
Most people are likely to be exposed to higher risikoÂ due facelift procedure. Eg for smokers are at greater risk to experience a loss of skin tissue. Possibility doctor will advise you to stop smoking before and during the recovery period facelift.

For those of you who are taking blood thinning medications, such as warfarin, clopidogrel, and other drugs, it has a higher risk of bleeding.

In addition, your doctor may reconsider facelift procedure if you have a history and a reduction in weight gain that occurs several times. This is because changes in body weight affects the skin melarnya. You are forbidden to undergo a facelift if it has a history or high likelihood of abnormal bleeding.

Consider more about the benefits and risks of a facelift if you are interested in doing so. Make sure you also have a considerable cost, considering the health insurance generally does not cover the cost of a facelift.