Please Share this article is useful !
Innovations in the field of teknologi is running incessantly. Android smartphone which is one of the most in demand now also has a lot filled with a variety of technologies and sophisticated features. In addition to the sophistication of the software that is in them, some supporting components such as the design and appearance of Android smartphones have also been able to make a wide variety and choice for users.

One design concept smartphone Android the many choices to its users is its thin. Android smartphone with a slim design indeed has evolved and has much to offer to its users. 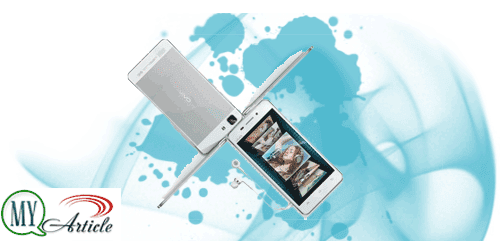 In addition to the practicality, smartphone Android with slim design has also been able to present a variety of features with specifications with performance that is not inferior to other smartphones. Here are some Android smartphone in the world that have been identified as having the most thin design with advanced capabilities that can not be doubted.

In addition to thin screen and 1080p resolution, Vivi X5 Max also has supported a super fast connection fast 4G LTE and dual SIM slots. The processor of the smart phone itself is a Qualcomm Snapdragon 615 octa-core 64-bit 1.7 GHz with 2GB RAM. Vivo strength performance X5 Max complete with ditunjangnya cameras Sony IMX214 sensor with a resolution of 13 megapixels and an internal memory of 16 GB which can be expanded up to 128 GB and also comes with a battery capacity of 2100 mAh.

Especially in the design of its thin steel that has been equipped with octa-core Snapdragon processor 615 with 2 GB RAM and a main camera with a resolution of 13 megapixel and 5-megapixel front camera. Of course this is even more a smartphone Oppo R5 as an elegant slim design and sophisticated.

However, because this smartphone also has a simple design, minimalist and looks slick, then China's mobile phone production remains a champion. Gionee elifeMall S5.1 also including a range of advanced smartphone with Snapdragon 400 quad-core processor with a clocking speed of 1.2 GHz and 1GB of RAM and 16 GB internal memory. And supports 4G LTE connection as well as 4.8-inch AMOLED screen.

4. Vivo X3
Vivo series next incoming row Android smartphone with a thin design are advanced nan Vivo X3. Yes, with a size of 5.57 mm, this smartphone has been ranked fourth in the category of smart phones in the world's thinnest Android.

In addition to a sleek design, this smartphone also features a 5-inch HD screen resolution of 1280 × 720 pixels, so make the Vivo X3 becomes more elegant and so exclusive. And by presenting an attractive music player feature makes this smartphone dubbed the bearer of the concept of entertainment for its users.