This is a fact that causes you to Easy Sleepy


Please Share this article is useful !
1. Less Rest
Normally, enough sleep adults is 6-8 hours. In fisilogis body will be like an alarm that reminds us to rest when adequate rest periods are not met. As a result, the body will provide a response in the form of sleepiness even in the hours were productive. If we heed the code and go to bed though momentarily, then after waking up our body will feel fresh again. This is due at the time of sleep, the body will utilize fatigue substances (lactic acid) to be reprocessed in the liver as a backup power. However, the thing to note is the best schedule for the body to process lactic acid. In a natural mechanism that occurs in our body, lactic acid is processed in the liver to be the backup power at night around 00.00 until 02:00. Therefore, make sure the body in a state of rest at that hour. In addition to helping produce power, the clock is also vulnerable to the work schedule liver remove toxins in the body that will work well when in a resting state. 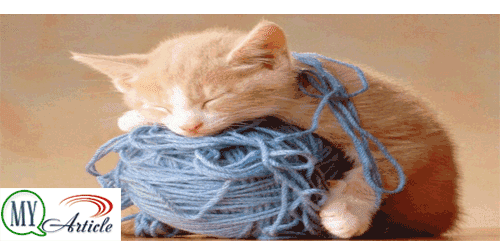 2. Lack of Oxygen
If the body responds drowsiness, bias so this indicates that the body is deprived of oxygen. Because the oxygen is needed by brain cells to perform routine daily activities. If the oxygen circulating in the blood is not adequate basic metabolic needs, then brain be deprived of oxygen, and tends to give a response such as drowsiness. Lack of oxygen can be caused by several things, among them the lack of intake of iron as found in spinach, liver, red meat, etc. Iron deficiency causes impaired formation of red blood cells (erythrocytes) that will cause a person to suffer from anemia. Erythrocytes containing hemoglobin where the function of hemoglobin is to carry oxygen throughout the body. Thus, the low erythrocyte hemoglobin in the body cause too low, and oxygen is distributed to the body is also low.

3. Excessive Eating
Calories should indeed provide energy for activity. But why after eating a lot of us even become sleepy? The answer lies in the food we eat. Eating carbohydrates, fatty foods, and foods that contain excessively high sugar mislead our body fast asleep. This is due to foods that contain fat, sugar, and carbohydrates are the foods most to hormonal changes in the body. Therefore, the three triggers neural response quickly when the food reaches the small intestine. The response will be received parasympathetic nerves which then will provide information on the body to slow gestures and more focused in digesting food.

4. Eating Too Much Food Sweet
Indeed sweet foods, not only unsightly but also feels good. However, announcing that after eating a lot of sugary foods that tastes good that we will be more susceptible to drowsiness? It ii relating to the hormone insulin. Hormone insulin which will also increase after consuming excess glucose will affect the production of hormones serotonin and melatonin that is highly correlated with the trigger drowsiness and happiness.

5. Eat Many in the Night
Dinner should not be in the top eight in the evening, or at least a minimum of one hour before bedtime. And do not eat a lot at night. If you have dinner in the top eight and go straight to bed then you turn off the function of insulin which makes blood sugar levels rise or fall. As a result, we will easily wake up at night and difficult to fall asleep again. In fact, eating a lot of these make us feel sleepy. However, insulin disorders that accompany it make it hard to sleep soundly. And this is related more to the drowsiness afterwards in productive hours due to difficulty sleeping soundly at night.

6. Alarm body against Stroke Symptoms
If symptoms are experienced by the elderly and often, it means that the person needs to be vigilant. Based on the results of research scientists United States (US), led by Dr. Bernadette Boden-Albala, assistant professor of neurology at Columbia University, New York, USA, excessive sleepiness every day is an early sign of a stroke. This study shows that people are often sleepy risk of having a stroke two to four times higher. How to recognize common drowsiness and sleepiness of this unusual? Usually drowsiness intended as an alarm body against the symptoms of a stroke are elderly people who easily fall asleep in various situations. For example, they are easy to fall asleep while watching television in the living room, sat down, while talking together, sat quietly, after a lunch without alcohol consumption, or the severity of the sudden stop driving when driving. Interestingly, in the study said "for two years, the people who several times like a sleepy during the day had a stroke risk 2.6 times greater. While people who are very excessive sleepiness, the risk of stroke increased to 4.5 times greater ".

7. Eyes Minus
Eyepiece who experience myopia (minus the eye), if not corrected in accordance with the needs of the eye, it will easily cause eye fatigue and drowsiness while we are reading. For those who do not wear glasses, this may be an indication that the eye is experiencing interference. For those who already wear glasses minus, it could also indicate that the eye is not perfectly covered with the glass eye that is currently used.