ANT-MAN victorious, seized the throne peak of the JURASSIC WORLD


Please Share this article is useful !
Just two weeks was released in the United States, ANT-MAN WORLD JURASSIC been able to get rid of the top box office. With revenues of US $ 24.7 million (equivalent to 333 billion rupiah) only in the last week alone, the film starring Paul Rudd is also able to beat the film Adam Sandler , PIXELS. 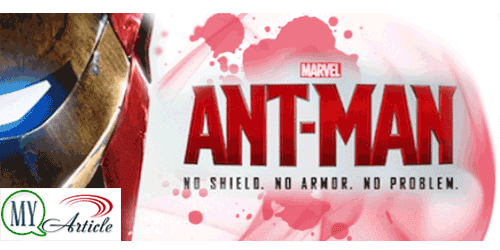 The film is an imaginative adventure that seems not able to generate a sense of longing and nostalgia for games that were popular in the '80s like Tetris, Pac-Man or Donkey Kong. PIXELS had to settle in second position with revenues of US $ 24 million (equivalent to USD 323 billion).

Although successfully eliminated defending champion JURASSIC WORLD to position 8 and minions to position 2, ANT-MAN still have to acknowledge the greatness of other superheroes who are still 'the university' that Guardians of the Galaxy or GOTG. Why?

Therefore, ANT-MAN still lost when the head-to-head with GOTG in total revenue for 10 days. GOTG able to reap US $ 176 million (equivalent to USD 2.3 trillion), whereas ANT-MAN only able to reach US $ 106 million (Rp 1.4 trillion). Can this Marvel comic superhero achieve higher incomes?