Please Share this article is useful !
After waiting for approximately 8 years old, Fantastic Four fans can finally breathe when Fox released reboot starting on August 7 last. However, the opposite is not got a standing ovation, but instead endless criticism. What is wrong? 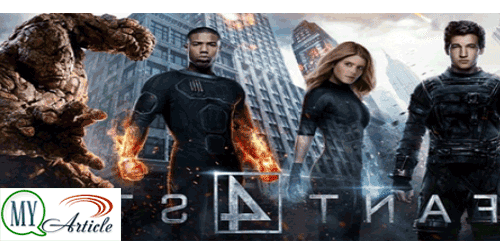 Since the beginning of the making, Josh Trank (director) decided not to put on original material written by Stan Lee and Jack Kirby. He chose to wear a more modern version owned by Mark Millar. This controversial decision has aroused the anger of the fans were not willing to champion rebooted with a different material.

Apparently after released yet, the film is less received good response from the audience. CinemaScore, which provide ratings based moviegoers, even issued a C- value to the movie starring Miles Teller , Kate Mara, Jamie Bell and Michael B Jordan. Sadist!

Reported by the Hollywood Reporter, because his lack of formulation of ideas of Josh Trank and his team, then Fox can be predicted loss of revenue amounting to US $ 60 million (equivalent to USD 825 M)! While the director did not want to blame and accuse Fox overly interfering in the process of making it.

But, Fox still confident to work on the sequel, although welcome reboot is not so good. Many reviews brutal in attendance and the fans were disappointed and asked that Fantastic Four 'return' back to Marvel. We look forward to any news goes.