Please Share this article is useful !
For fans of the series Power Rangers the latest news from the production version of the film that was first popular in Indonesia's 90s. After announcing the Pink Ranger actor, now two more major players names were released. 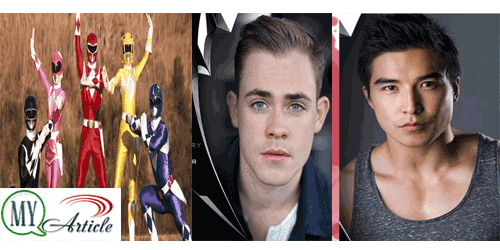 Through the official Instagram account, which was announced this time is to cast Jason aka the Red Ranger and Ranger Zack Black. After passing the audition, eventually both roles fall to Dacre Montgomery (Red) and Ludi Lin (Black).

Dacre election actually is somewhat surprising, given the earlier name did not exist in the rumors Jason cast list. One of KJ What, Austin Butler and Hope Mitchell who was widely heard will be the Red Ranger.

Just like Dacre, Ludi name Lin was relatively foreign. In the list of his work, he had known through the film box office China, MONSTER HUNT.

With the election of Dacre and Ludi, the three new main character who has been confirmed. Previous British actress Naomi Scott was first officially announced as the Pink Ranger actor.

See the election of the three main actors of Power Rangers is obvious that the studio Lionsgate deliberately chose names that are relatively new to the ears of fans of Hollywood movies. Well, we'll see later who will be cast next Ranger.