Batman Versus Superman will So Expensive Movies of All Time


Please Share this article is useful !
One superhero movie that must be watched next year is SUPERMAN Versus BATMAN: DAWN OF JUSTICE. Ben Affleck and starring Henry Cavill, film output DC and Warner Bros. This will present the most awaited grand duel between Batman versus Superman. 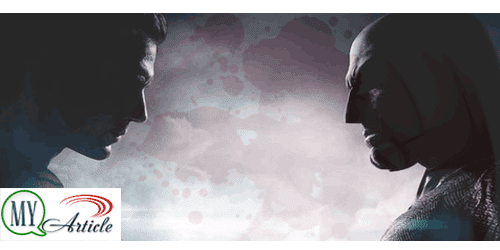 For the sake of showing films which not less coolest superhero of the Marvel Cinematic Universe alias MCU, ranging from Iron Man to The Avengers: Age of Ultron, DC and Warner Bros. fantastic willing to disburse funds. The amount could probably beat most expensive film budget, which is still held by PIRATES OF THE CARIBBEAN: ON STRANGER TIDES.

In the film Pirates released in 2011, the Walt Disney Pictures release funds amounting to US $ 410.6 million. Launched Latino Review via Cinema Blend, budget BVS reportedly swelled to US $ 410 million.

This swelling may be caused by a number of top actor who played in the BVS such as Ben Affleck, Henry Cavill, Amy Adams, Gal Gadot and Jesse Eisenberg. Surely they have a fairly high salary standards.

Not to mention the shooting process extended from May 2014 to December 2014. Its location varies throughout the United States must also make the budget swelled. Post-production process also absorb a lot of money. Special effects to make the fight Superman, Batman and Wonder Woman in order to be more sip certainly require substantial funding. This is why BVS has a budget that is unbelievably fantastic. So the curious right to immediately watch this BVS?