✖
Home Health Food For Patients with Diarrhea (Prompts and Abstinence)

Food For Patients with Diarrhea (Prompts and Abstinence)


Please Share this article is useful !
As we know diarrhea is indigestion (read: diarrheal disease), it is closely related to the food we eat. There are foods that cause diarrhea becomes severe, on the other hand there is a good makanana even recommended when diarrhea. 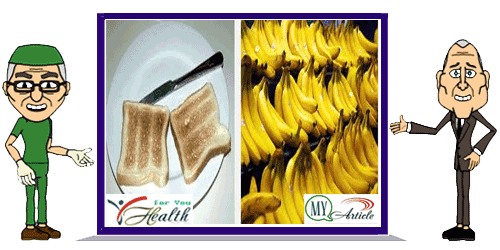 Food for people with diarrhea the best one that is easily digestible, has a coagulating effect feces, and meet fluid needs. While diarrhea prohibition food that should be avoided is that is difficult to digest, throwing bodily fluids, and irritate the digestive tract so that worsen diarrhea.

Prompts Food For Patients Diarrhea
Let's start with the recommended diet for people with diarrhea that is proven effective in helping relieve and speed recovery, following a good meal consumed during diarrhea:

BRAT Diet
BRAT stands for Banana, Rice, Applesuace, and Toast (bananas, rice, applesauce, and toast). In addition, there are some doctors add more types of food with the acronym T and Y to be bratty, which stands Tea and Yogurt (tea and yogurt).

The importance of food consumed, especially the first 24 hours of diarrhea that can help relieve diarrhea as well as provide essential vitamins, minerals, and carbohydrates that are easily digested (absorbed). Can be concluded, the food was good when diarrhea, among others:
food suggestions example when diarrhea
Menu above both consumed for adults and children, but the food for infants under 12 months of diarrhea should consult with a physician.

Fluid and electrolyte intake
When experiencing diarrhea, your body will lose fluids quickly so easily become dehydrated, both fluid and electrolyte loss. Therefore perbanyaklah drink fluids that contain electrolytes, such as water, broth, vegetable clear soup, juice, or sugar water can also be mixed with salt (LGG = the sugar solution of salt). Read also: How to Cope with the Right and Safe Diarrhea

Abstinence Food For patients with diarrhea
Just as important as the above, is knowing what foods should be avoided during diarrhea. Because there are certain foods that can travel through the gut very quickly and aggravate the condition, or worsen diarrhea by other means.

Avoid the following foods when diarrhea:
Also avoid anti-diarrhea drugs in the first 24 hours, because diarrhea is usually the way the body clear the infection and the bad things that need to be issued primarily to mild diarrhea, except on the recommendation of a doctor.