Please Share this article is useful !
Profile and Biodata Dara Sheila Aisha
Who is not familiar with Dara Sheila Aisha? She is one talented artist who started his career since childhood. Until now, Sheila Dara is still the center of attention of the public. Sheila success that has managed to get not as easy as turning the palm of the hand. Hard struggle and to abstain from any attack he order to become like now. Here we present the biography and the biography of Sheila Aisha Dara specifically for you.

Dara Sheila Aisha started his career by becoming one of the ambassadors of Mckids in Arvaby trio in 2000. At that time he had managed to put out an album for children under the auspices of McDonald's Indonesia. 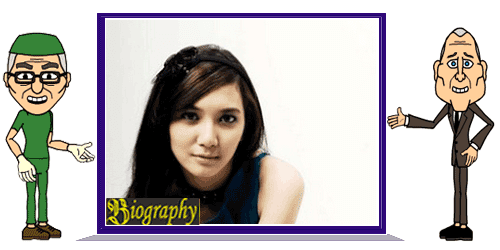 In addition to focusing on singing, small Sheila also has starred in several series of soap operas like Angel in 2001 and General hare in 2003. After graduating from elementary school in 2004, Sheila decided to quit showbiz for a while and focus on education.

Entered a period of high school, Sheila back into the world of entertainment with a starred in several films. However, because of tight regulations in SMA Negeri 8 Jakarta, the girl could only starred in several television movie during the holidays alone. In high school he had joined Infiniti Record and successfully spawned album with the single Baby Love Forbidden Dewiq creation.

Sheila was born not only with singing and acting talent, but he was also good at playing the piano. The ability to play the piano is quite capable to make was asked as a talented pianist in several musical events, including one humming the music event with Kevin Love Lil Widianto Aprilio.

After graduating from high school, Sheila then continued his studies at the University of Indonesia (UI). While in college, Sheila joined together with WannaB Music Productions to release an album called friend named Nikki, namely Nikki vs. Sheila.

It did not take long, Sheila graduated at age 20 in 2012, only about 3.5 annual course. After graduating, he went back into the world of acting by starring in a number of FTV, advertising, and even movies.