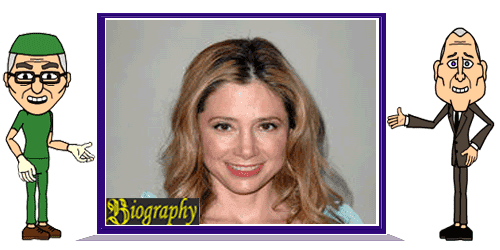 His choice but eventually fell to the actor Christopher Backus were married in June 2004. From their marriage was blessed with a son Johnny Christopher King Backus and daughter Mattea Angel.