Please Share this article is useful !
Muse, this British band formed in 1994, in Devon, England. Muse Matthew Bellamy (singer, guitarist, pianist), Dominic Howard (drums), and Chris Wolstenholme (bassist). After the release of their fourth album, Morgan Nicholls also often performed in concert Muse as keyboardist and backing vocals. This band combines a variety of musical genres, including classical flow, modern, and even Latin in their songs. Fame is not achieved easily. At the initial appearance, many people in the UK music industry considers music too similar to Radiohead Muse. However, a US company, Maverick Records realize Muse appeared several times in the United States, then signed them in 1998.

CAREER Upon their return from America, Taste Media arranged deals for Muse with various record labels in Europe and Australia. John Leckie, the producer of the album to Radiohead, Stone Roses, "Weird Al" Yankovic and The Verve, producer made the first album Muse, SHOWBIZ. The launch of this album was followed by the appearance of a supporting band Foo Fighters and the Red Hot Chili Peppers in the United States. In 1999 and 2000 Muse played at music festivals in Europe and gigs in Australia, accumulating a considerable fan base in Western Europe. 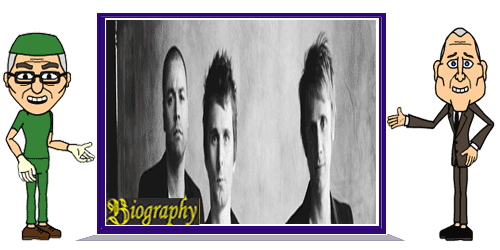 ORIGIN OF SYMMETRY, the 2nd album Muse, released on 18 June 2001. The album contains music that is heavier and darker, with Wolstenholme bass sound, heavy and distorted. On the second album, the band experimented with musical instruments that are not commonly used, such as a church organ, Mellotron and animal bones. Muse more wear high voice Bellamy, with the sound of a guitar arpeggio, and piano sounds obvious, which is inspired by Romanticism movement, in particular the Russian musician Sergei Rachmaninov. After this album, Muse released Hullabaloo Soundtrack on July 1, 2002, the DVD containing their appearance at Le Zenith in Paris in 2001. In February 2006 edition, Q Magazine put the album ORIGIN OF SYMMETRY on the order of 74 of the 100 best albums of all time by fans.

Muse's 3rd album, titled Absolution was released on September 29, 2003. The album is still mixing classical elements with hard-rock style of their songs like Butterflies and Hurricanesdan Ruled by Secrecy. Absolution darker theme - about the end of the world. With harsh criticism in Britain and the new contract in America, Muse swing with their first tour of the stadium inernasional. For about a year, Muse visiting Australia, New Zealand, the Americas States, Canada and France. They also released five singles namely Time Is Running Out, Hysteria, Sing for Absolution, Stockholm Syndrome, and Butterflies and Hurricanes.

Muse won the award category "Best Live Act" at the BRIT Awards 2005. On July 2, 2005, Muse participated in the Live 8 concert in Paris, they display the Time Is Running Out and Hysteria.

Muse launched their fourth album, Black Holes and Revelations, July 3, 2006. Unlike previous albums, this album displays the type mucik more diverse, ranging from classical to techno. Along with the launch of the album, Muse jg released their first single, Supermassive Black Hole, which immediately inhabit number 4 in the UK charts.

Muse start a promotional tour of their album on BBC Radio 1's One Big Weekend. After appearing in several TV programs, they went on tour promoting the album in Europe and North America. During the tour, Muse also released two more singles, the Starlight and Knights of Cydonia.

Muse started the year 2007 with a tour of Southeast Asia and Australia. Indonesia is one of the countries visited by the Muse on February 23, 2007. Muse Concert held in Senayan, Jakarta and attended by 7,000 fans. In 2012, the song's creation, entitled Survival Muse was elected as the official song of the Olympics 2012. At the close of the 2012 Olympics, the Muse perform the song in front of over 5,000 spectators. Not only song Survival, 2012. Muse also announced plans to release a new album on October 1, 2012. Prior to the release of the album, Muse previously launched two new single entitled MADNESS and PANIC STATION. In the album's titled THE 2ND LAW, Muse claimed to be inspired by their seniors, U2.