Please Share this article is useful !
Not many people are familiar with depressive illness. During this depression is regarded as the mood in which feelings of sadness and despair hit someone, and a lot of people believe that depression is just ere mindset that person alone. In fact, depression is a disease caused by an imbalance of brain hormones or neurotransmitters in our brain. And often people with depression requires further intervention of competent health professionals. 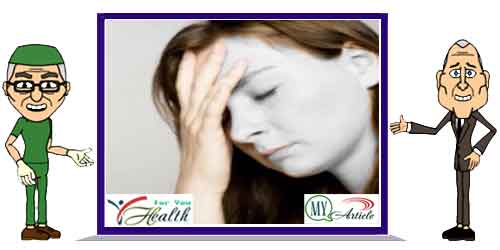 Another surprising fact about depression is that 1 in 4 people will experience at least at least 1 episode of depression in his life before the age of 24 years. Worse, the feeling of depression is not just annoying moods and feelings, but also can interfere with productivity, activity, concentration power even less to modify the structure of the brains of sufferers. Fortunately, with the right therapy and treatment, depression can be cured and treated so that it will improve the quality of life and prevent damage to the brain.

Symptoms and Signs of Depression
Depression is not just a feeling of sadness, melancholy and despair felt by someone. And even a person can fall into depression hidden, which means he was suffering from depression but do not experience feelings of sadness and melancholy that became the major symptoms of depressive illness. For example someone who is always complaining can not sleep, the body feels tired, no appetite or overeating and do not have any interest in any activity usually also suffer from depression.

Not infrequently also someone who always complain and feel that lately decreased concentration power and feel unable to complete the simplest task became a major symptom of depression he suffered. Given 2/3 patients with major depressive disorder do not know that depression is a condition that needs to be treated, you present any symptoms of depression and signs of depression you need to know and recognize.

Mood gloomy and sad
Depressive symptoms is a symptom of depression is the most important. Patients typically feel sad, depressed and moody which lasted until almost the whole day. People affected by the disease of depression was felt unable or rarely feeling or happy despite having tried his best.

Reduced interest
Depressive illness was not uncommon to be able to eliminate interest in pleasurable activities, such as watching TV, playing gadget, listening to music or reading a book. Even activities that used to be a hobby of patients, now no longer entertaining or uplifting sufferers. Instead, he would prefer to shut down and not do anything even hobbies and other fun activities.

Symptoms of depression this one very often affects people with mild to severe depression. Usually a job that only requires a light concentration now he could not do back smoothly. Not infrequently these symptoms strike group adolescence to young adults so learning difficulties.

Feel reduced self-esteem and self-confidence
Patients with major depressive disorder also often felt that he had no self-esteem. Not infrequently he felt useless. Many people with depression who also do not have the confidence to do something useful. As a result, he chose not to do anything because of this loss of confidence.

Sleep disorders
Not infrequently cause depressive illness disruption of sleep patterns. These disorders can terajdi in various forms, such as sleep despite a difficult start to feel tired, often wake after falling asleep and waking up in the morning (even at dawn and midnight) than usual. However, excessive sleep can also be signs of depression as well.

Eating disorders
Besides disturbing sleep patterns, depression disease also often interfere with a person's diet. Most often, patients with major depressive disorder feel no appetite despite having presented and served food menu favorite. He was feeling full quickly even if only given a little food portions. However, many patients with depression who overeat as they form emotional outlet.

Ideas and thoughts of suicide
Symptoms of depression which one is a symptom to watch. The desire to end his life is sometimes not just be a mere threat. Bring people with suicidal ideation to mental health professionals are competent.

Various Ways to Overcome Depression Can Be Done
Treating depression can be done by a health professional such as a psychiatrist. There are several kinds of things that can be done psychiatrist to cope with depressive illness. Patients with major depressive disorder severe enough can be given in the form of drug treatment pharmacy that can help increase the vigor and reduces the possibility of changes in brain structure. But sometimes patients with major depressive disorder is quite getting psychotherapy, treatment in the form of counseling with a competent psychiatrist.

Depressive illness is not a condition as simple as feeling sad or excited. Depression is a condition that not only affects mental but also physical, namely the structure of the brain. Not infrequently the cause of depression in a person is because it is caused by the structure of the brain and the brain hormone imbalance. So, do not hesitate or be embarrassed or feel awkward to consult on this condition to a competent psychiatrist so that you get a better quality of life.