Please Share this article is useful !
Supercell Inc. is a Finnish game company based in Helsinki that was built in 2010. Team who work there are not arbitrary, they are programmers who are already professionals in developing the game. They created a lot of games, more than 160 games created by supercell, and the game is now the most popular is the Clash Of Clans is known as (COC).

Supercell in 2011 had a membership of approximately 85 people. The founder of this game called Ilkka Paananen, CEO Ilkka Paananen also as a supercell until today. Although Supercell has only 85 members of People, but Supercell able to make some great games before the game COC and BOOM BEACH released. With the age of the developer team is still young, Suppercell quite achieve perfect success, it can even compete with EA and GAMELOFT. Last year, they got a lot of fresh money, after SoftBank and GungHo (both Japanese company), purchased 51% of their shares for 1.5 billion dollars. 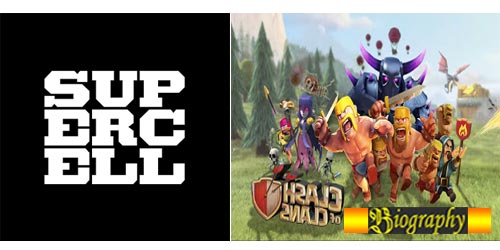 In its Startup Supercell game is worth about $ 3 billion, and aims to be the first and make gaming companies are true - true globally and is recognized worldwide. Supercell stay focused in the development of the game. Supercell seeks to increase the number of users the game by giving regular updates on features and storyline game that extended.

Supercell offer a free download to anyone who wants to try to play their game. How to make money gained by applying the purchase of digital content in the app (in app purchase) that help users progress to higher level or to compete with their friends in the game.

Ilkka Paananen said that his strategy was to make users feel a bond with the game so that they have an important reason to play for many - years and interact with others in the game which made us tied up in social activities.

Clash of Clans is the number one selling game on mobile devices in 2014 and then, which invites players to strategize and build the castle - the castle and form clans in a fantasy world with medieval style.

The main components of Clash of Clans is the Battle clan against another clan. The clan leader or the leader and deputy leader or co-leader to start the war and against the other clan. Each clan then given one day of preparation and one day of war. When an attacking player from the opposing clan members, they receive a star rating based on the amount of damage they cause. Each player is limited to two attacks each time of war, and the team most collecting stars at the end of the day war is declared victorious, and the player receives bonus booty if they use their attacks in the war and won at least one battle, and every result of the war ,

Ilkka Paananen, this young entrepreneur game has more than 10 years of start up company startup. He began his career in 2000 by building a startup mobile game developers Sumea. In 2004, founder Supercell be part of a company's cross-platform social games, Digital Chocolate as managing director until in 2010 became president of the company.

Supercell is encouraging programmers. Even now the game - a new game too much to appear. Clans Clash Of course only one who has a high rating.

Clash Of Clans is one of the best and popular games currently played any fan of Android and iOS platform, but now we can also memaikannya through a PC with the help Emulator. Supercell income is very high, reaching 5:11 Dolllar million Americans in a day, it's a very large number.