Know the Types Ginger And Treatment For Health


Please Share this article is useful !
Ginger is a rhizome plant species commonly used as traditional medicines are easily found. Ginger is also one kind of spice commonly included as an ingredient in cooking ingredients and much more use of the ginger plant that can be obtained. These plants can be found on lands with land contours such loose and fertile rice fields or fields. This plant has leaves that width and length as well as weeds. 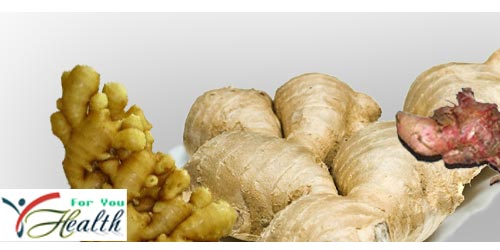 Ginger can live in the wild and kept for only arable land and have enough water then the plant has been able to survive and thrive. Ginger alone thrive in soil that resembles the type of tubers to a depth of approximately 5 cm in the soil. To know the ginger plant any further, you should know that ginger has several types of red ginger, white ginger (ginger), and ginger.  Ginger is a plant species that has the Latin name is Zingiber officinale, ginger in this category have some type of ginger, among others:

1. White Ginger (ginger)
White ginger is ginger species that we usually encounter and is a type of ginger is widely consumed in the form of processed food or in drinks. White ginger has a large diameter of about 1cm, skin color yellowish white, ginger type of meat has almost the same color with white skin that is slightly yellow color in the middle of meat ginger. The ginger flavor has a distinctive taste spicy and warm which is not too overpowering, so the ginger this type are widely used in everyday consumption both in the type of processed food, cakes and drinks with cold or warm water composition.

Ginger species is also widely used as medicines because of a sense of warmth contained in the ginger plant can be used as body warmers that can cure flatulence and colds. It also can be used as nutrients to maintain a healthy body. In this category, ginger can be processed in the form kind of hot drink brewed with a mixture of hot water with a little sugar. To add to the enjoyment of processing ginger you can add milk in it. In addition you can also mix a few slices of ginger into hot tea steeping. For food category you can process it in a mixture of dishes such as soup or red seasoning dishes are also using this kind of ginger. In addition you can also cultivate the kind of food pastries known as gingerbread. With the affordable price you can take advantage of ginger as consumption to maintain your health.

Side effects in this type of ginger found very little because ginger is an herbal plant species only in consumption with significant amounts would cause sores in the stomach and your throat. To consume this type of ginger should you use it according to your taste. As in a glass of tea steeping you can mix 2 to 6 thin slices of ginger.

Ginger taste a little bland compared to the type of ginger. Warm and spicy flavor is not too pronounced. Thus, in benefits less loved by some people. Utilization of this type of ginger used in mixed drinks drinks with the number of pieces more compared to using white ginger. Ginger in food processing is commonly used as a mixture food jam or marmalade cake. Can also be used as a candy good ginger dressing with sugar as a sweetener.

3. Red Ginger
Red Ginger is one type of ginger is widely used as drugs either a mixture of chemical drugs and herbs. Ginger species is rare or even not used in processing a mixture of types of food or beverage. Red Ginger is a type of ginger is a rhizome that is smaller than the type of white ginger. Has a pink reddish skin color. The flesh also has a reddish color and a bit of white on cut of meat. Ginger species has a diameter of approximately 0.5 cm to 1 cm.

Red ginger flavor is spicy and pungent than other types of white ginger. Red Ginger is rarely found in the market because its utilization is less demand by the public. However, this plant can be met easily because these plants can live easily the area of ​​the garden and fields. In its use of ginger is not used in the type of food or beverage. But the type of ginger is widely used in the form of a mixture of drugs. In the consumption levels are usually also for medicinal purposes only such as diseases of the throat, fever, severe flue, aches, less fit and so on. Spicy flavor that is inside the womb of red ginger is due to the essential oil content in the womb were more than the type of white ginger.