Please Share this article is useful !
Allergy is a condition when the immune system reacts to something that is normally harmless. Allergens, which doctors call "allergen," can include pollens, molds, and animal dander, certain foods, or things that irritate your skin. 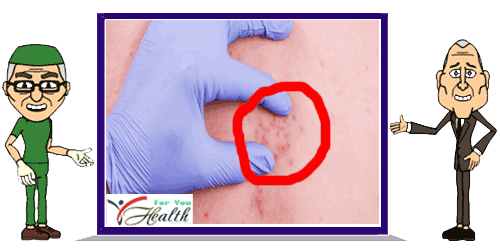 Allergies are very common. At least 1 in 5 people have one type of allergy. Allergies also be genetically inherited, but not always in the same form, eg father food allergies such as eggs, the child may also have other forms such allergies are allergic to dust.

What Happens During Allergic Reactions?
Allergy begins when you are in contact with the trigger when you inhale, ingest, or touch on your skin.

In response, your body starts to make a protein called IgE, which will fight the allergen. Then histamine and other chemicals can be released into the blood. Which causes allergy symptoms such as itching, runny nose, etc.

What are the Symptoms Occur?
Your symptoms depend on how you are exposed - by air, in contact with skin, food, or through insect stings. If you have nasal allergies or skin, common symptoms include:
Symptoms can range from mild to severe. Most symptoms disappear shortly after exposure stops. Mild symptoms can make you feel sick, as if you are having a cold or flu.
Some severe allergic reactions and thus require extreme care in the ER.
See Also: Spine Curvature disorders - Symptoms and Treatment for lordosis

Anaphylaxis Reaction Is That?
Life-threatening anaphylaxis, so it needs to be brought immediately to the ER. Need proper medical treatment after doctors give injections reliever anaphylaxis (epinephrine), even if the symptoms seem to stop, due to a delayed reaction can still occur.