Please Share this article is useful !
Hemorrhoid / piles is the swelling of blood vessels in the rectum area. Hemorrhoidal vein is located in the lowest area of ​​the rectum and anus. Sometimes the veins swelled so the blood vessel walls become pliant, thin, and pain when passed stool. Hemoroid classified into two general categories: internal and external hemorrhoids. 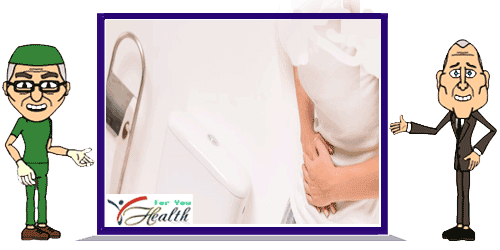 Any rectal bleeding and pain should be evaluated by a qualified physician; doctors are also able to identify life-threatening conditions, such as colorectal cancer. However, hemorrhoids are the most common cause for rectal bleeding and rarely dangerous, but a definite diagnosis of treatment from a doctor is important.

What Causes Hemorrhoids?
Approximately 30% -40% of people suffer from hemorrhoids, and usually occurs between the ages 20â € "50 years. Researchers are not sure what causes hemorrhoids. Weak vein walls â € "thus leading to hemorrhoids and other varicose disorders - can be genetically inherited from parents.
See Also: Spine curvature disorder - Causes and Types

Increased extreme abdominal pressure can also cause blood vessels to swell and become prone to irritation. The pressure can be caused by obesity, pregnancy, standing or sitting for long periods, straining during bowel movements, coughing, sneezing, vomiting, and hold your breath while trying to perform physical work like lifting heavy loads every day.

Diet has an important role in causing and preventing hemorrhoids. People who consistently eat a diet high in fiber tend to avoid hemorrhoids. Low fiber diet or inadequate fluid intake can cause constipation, which can contribute to be hemorrhoids in two ways: It triggers an action straining during bowel movements and also aggravate hemorrhoids by producing hard stools so that irritates the vein to swell.

handling
Select steps to avoid constipation so that the stool is not difficult to remove.
There are other things you can do to feel better, among others: