Please Share this article is useful !
Thalassemia is an inherited blood disorder caused by a defect in the genes. Thalassemia or what is often referred to as 'thal' This is a condition that causes the body to produce abnormal hemoglobin in red blood cells, causing anemia.  Red blood cells are very important to carry oxygen throughout the body. 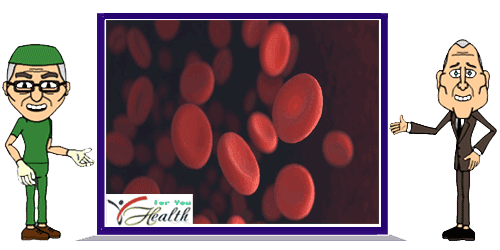 Symptoms include weakness, fatigue, feeling dizzy, and shortness of breath. Thalassaemia is sometimes confused with iron deficiency anemia up to do special blood tests. Thalassaemia is a lifelong condition that can be managed properly.

type Thalassemia
Type thalassemia someone may come down to how many defective genes they have inherited.

In alpha thalassemia, have one defective gene will cause little or no effect on a person. Two defective gene associated with mild anemia. Three mutated genes cause disease hemoglobin-H that need regular blood transfusions to treat chronic anemia. Unborn baby (still in the womb) with four defective gene is unlikely to survive during pregnancy.

Bringing the alpha or beta thalassemia gene does not cause any disease and people carrying may not realize they are œpembawa / carrier â €. Only special blood test can confirm the status of the carrier. Carrier status is important for those who plan to have children, because the genes will be passed down from generation to generation.

People with a family background of the Mediterranean, Middle East, Africa or Asia may be more likely to be a carrier. Thalassaemia is common in this region because it helps them to protect the carrier against malaria.