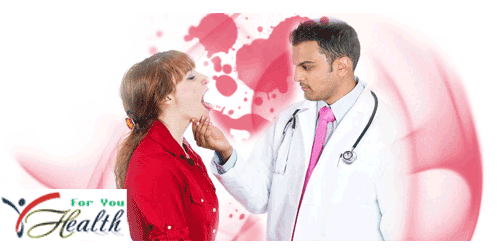 Symptoms of Tongue Cancer
The symptoms that indicate tongue cancer include:
Some indication of the above may be caused by diseases or infections other than cancer of the tongue. But you should remain vigilant and see a doctor if these symptoms last more than three weeks, especially if you are a heavy smoker and often consume liquor.

Factors Trigger Tongue Cancer
The cause of tongue cancer is not known with certainty. But there are certain factors that are believed to trigger the appearance of this cancer. Risk factors include:
Tongue Cancer Diagnosis Process
Just like all cancer, tongue cancer detection were performed as early as possible will increase your chance to recover. Diagnosis process generally includes a physical examination, symptoms that you feel, as well as tissue biopsy is suspected cancer.

Step Tongue Cancer Treatment
Tongue cancer treatment methods generally include surgery, radiotherapy and / or chemotherapy. Steps are chosen depending on the type, location, and severity of tongue cancer that you are contracting.

If the cancer has not spread beyond the mouth and oropharynx, you have a greater chance for a full recovery. The surgical procedure is the best treatment measures to deal with a small tongue cancer. This step can be combined with radiotherapy and / or chemotherapy.

Meanwhile, if the cancer has spread to other body parts, such as the lymph nodes in the neck, then the chances are very small to be able to recover fully. The main goal of treatment in this condition is to inhibit the development of cancer and reduce symptoms.

If the size of your tongue cancer, including large, you are likely to undergo surgical removal of part or all of the tongue. Major surgery is called glosektomi.

After undergoing glosektomi, the tongue will be reconstructed to replace the tongue is lifted. But glosektomi procedure will affect your ability to speak and swallow permanently.

In addition to removal of cancer cells through glosektomi, lymph nodes in your neck may be removed. This process aims to prevent the return of cancer cells.

Radiotherapy and chemotherapy also be applied to help the prevention process. Both of these measures have side effects such as fatigue, dry mouth, sore mouth, mouth sores , and nausea . Examples of commonly used chemotherapy drugs are cisplatin, carbloplatin, and fluorouracil.