Please Share this article is useful !
Cervical cancer is cancer that arises in the woman's cervix. The cervix itself serves as the entrance to the uterus from the vagina. At any age, all women can suffer from cervical cancer. But the disease tends to affect women who are sexually active between the ages of 30-45 years. Cervical cancer is extremely rare in women under 25 years old. 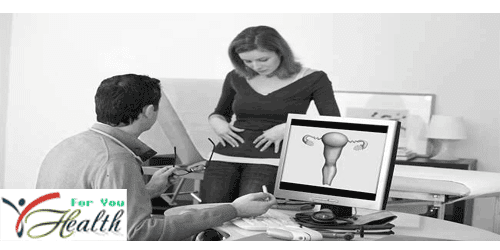 In the early stages, cervical cancer usually has no symptoms. Symptoms of cervical cancer is the most common vaginal bleeding that occurs after sex, beyond the period of menstruation, or after menopause. Although bleeding, does not mean you have cervical cancer. To ascertain the cause of your condition, ask your doctor immediately. If cervical cancer is suspected, a referral to see a specialist will be given.

Patients with Cervical Cancer in Indonesia
According to WHO, there are 490,000 women in the world of cervical cancer each year. And 80 percent of whom are in developing countries, one of which is Indonesian. Each one minute emerging new case every two minutes and there is one person died of cervical cancer. So it can be concluded that cervical cancer is a type of cancer that often affects women.

In Indonesia, on each day, are estimated to occur 40-45 new cases and about 20-25 people die from cervical cancer. Mean monthly Indonesia lost 600-750 women from cervical cancer. Cervical cancer mortality rate in Indonesia is high and largely due to delays in diagnosis. Usually the cancer has spread to other organs in the body when someone check his condition. This is the cause of treatment is becoming increasingly difficult.

Human Papillomavirus as the Main Cause of Cervical Cancer
Almost all cases of cervical cancer are caused by the human papillomavirus or HPV. HPV is a collection of viruses that cause warts on the hands, feet, and genitals. HPV is very common sexually transmitted and can be the causes of cervical cancer . There are many types of HPV and most are harmless virus. But there are some types of HPV that interfere with the cells of the cervix to be able to function normally and can eventually lead to cancer.

Of the many types of HPV, there are two types of HPV that most dangerous virus, HPV 16 and HPV 18. These two types of virus that cause 70 percent of cervical cancer cases. Many women do not realize had been infected with HPV types because it does not cause symptoms. It is important to realize that these infections often occur, although many women who are infected do not develop cancer.

Condoms can protect you from HPV during sex, but not always perfect in preventing infection. When infected with HPV, the body's immune system to injure the woman's uterus to prevent the virus, but in some women, HPV virus can survive for years. This resulted in cells that are on the surface of the cervix change into cancer cells.

Vaccines to prevent HPV infections lead to cancer risk are available. HPV vaccination at this time there is a bivalent vaccine for HPV 16 and 18 or vaccine kuadrivalen for HPV 6, 11, 16 and 18.

Importance Steps to Detect Cervical Cancer Screening
Over the years, the cell wall surface of the cervix undergo many changes. These cells can slowly turn into cancer, but the cell changes in the cervix can be detected early. Treatment when the cells are still in the stage of pre-cancers can be done so that the risk of cervical cancer could be reduced.

Screening for cervical cancer is also known as a Pap smear or Pap tests. Pap smears are useful to detect if there are abnormal cells that could potentially turn into cancer cells. When performing a Pap smear, a sample of cells taken from the cervix and examined under a microscope.

Cervical screening is not a test for diagnosing cervical cancer . This test is useful to examine the health of the cells in the cervix and detect if there are abnormal cells. With the detection and removal of abnormal cells, cervical cancer can be prevented to the fullest. In most women, the test will show normal results. But about 5 percent of tests showed abnormal changes in cervical cells.

These changes are mostly not lead to cancer and abnormal cells may be able to return to normal by itself. But in some cases, the cells that are abnormal need to be removed because of the potential to become cancerous.

Abnormal Pap test result does not mean that a person suffering from cervical cancer. Most abnormal results due to the risk of infection or the presence of cancer cells that can be handled with ease. It is recommended for women who have been sexually active and aged 25-49 years examined once every three years. While women aged 50-64 years can be inspected every five years. Call your doctor to find out more about this examination.

Determining the level Stage Cervical Cancer Treatment
Treatment of cervical cancer depends on several factors. Cervical cancer can be treated by surgery if the diagnosis is made at an early stage. In some cases, only the uterine cervix are removed and can be left alone. If further, the uterus needs to be removed completely. The process operation for removal of the uterus is called hysterectomy.

While radiotherapy is an alternative measure for early stage cervical cancer. In certain cases, radiotherapy is also used side by side with the operation. For cases of advanced cervical cancer, usually treated with a combination of chemotherapy and radiotherapy methods. Some treatment can have serious side effects and long term, among them is the menopause early and infertility.