Please Share this article is useful !
Everyone must have flu. The disease is caused by a viral infection that attacks the respiratory tract. The incubation period for influenza, including short. You will experience the symptoms in just a few days after the first infection. The period in which the flu is most contagious a day before symptoms appear and about six the next day. 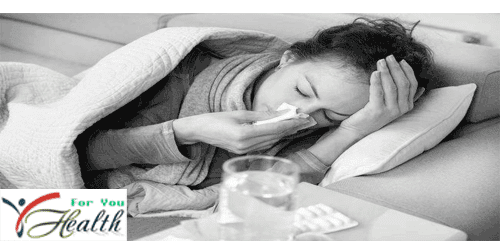 Flu symptoms commonly perceived patient whom are fever , headache , cough , aches, loss of appetite, and sore throat . Flu symptoms will worsen for 2-4 days before it improved and recovered.

Many thought the same flu with colds because of its resemblance, but this assumption is not appropriate. Flu tend to have a shorter incubation period with more severe symptoms that can disrupt the routines of patients. While colds usually appear gradually with less severe symptoms so it does not really affect routine patient.

Step Treatment For Flu
You usually do not need medical treatment because the disease is usually self-limiting. Some steps of treatment that can be done is sufficient rest, lots of drinking, as well as keeping your body to stay warm.

You also can take paracetamol or ibuprofen to reduce fever and relieve pain and stiffness. You are not advised to take antibiotics because the drug is used to kill bacteria while the flu are caused by viruses.

Complications Due to Flu
Flu rarely cause serious complications, but there are some groups of people who should be cautious because it has the risk of complications is higher. Among them:
Flu Prevention Steps
The spread of the flu virus usually through sneezing and coughing from the patient or from objects that never touched the patient. The main measures to prevent this disease is to maintain cleanliness. Do not forget to wash your hands before eating. For users of public transport, it is advisable to wear a mask while traveling.

Preventive measures other is by vaccination. But this method is only recommended for those who are more susceptible to flu complications.