Please Share this article is useful !
Ovarian cancer is cancer that grows in the ovary or ovaries. This disease is the seventh position among the types of cancer that most commonly affects women. In 2012, estimated that there are approximately 239,000 new cases of ovarian cancer are emerging around the world.

This cancer can diidap by all women of all ages. But ovarian cancer most often affects women who are experiencing menopause or generally aged 50 years and over. 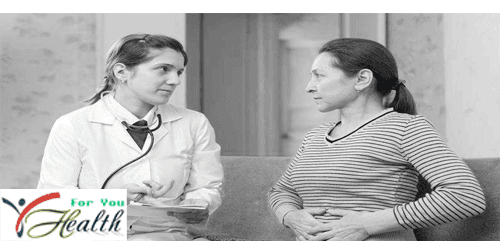 Types of Ovarian Cancer
Ovarian cancer can be categorized into three types, namely tumor epithelial, stromal tumors and germ cell tumors. The determination of this type of cancer where cells are attacked by cancer.

While stromal tumors arise when cancer cells invade tissues containing cells that produce hormones. This type of cancer, including rare and estimated that only affects 7 out of 100 patients with ovarian cancer.

If the cancer cells attack the cells that produce eggs, this is called germ cell tumors. This type of ovarian cancer is more common in young women.

Symptoms of Ovarian Cancer
Ovarian cancer including diseases that are difficult to identify. Ovarian cancer at an early stage rarely cause symptoms. If there are any, symptoms tend calculated from other diseases (such as constipation or irritable bowel) that is often only detected when the disease has spread in the body.

Therefore, it is important for you to be aware of some of the symptoms that are commonly experienced by patients with ovarian cancer. Among others are:
Make sure you see a doctor if you feel any of these symptoms, especially those that are often experienced or not improved. Do not underestimate the disease indication though feels or looks trivial.

Causes and Risk Factors for Ovarian Cancer
Just as cancer in general, the causes of ovarian cancer are not known with certainty. But experts suspect there are several factors that can increase a woman's risk for this cancer. Risk factors include:
Ovarian Cancer Diagnosis Process
After asking the symptoms experienced, family medical history, and perform a physical examination, the doctor will recommend a more detailed examination. The process usually includes an ultrasound, blood tests and biopsies.

The doctor will recommend an ultrasound of the abdomen and around the sex organs. This step will help the doctor to examine the shape, size, and structure of your ovaries.

If your process shows positive diagnosis of ovarian cancer, the next step is to find out the stage of your cancer and development. This process generally includes a CT or MRI scan, chest x-rays, and biopsy procedures to take samples of the abdominal cavity fluid and ovarian tissue.

The surgical procedure usually involves the removal of both ovaries, fallopian tubes, uterus, and omentum (fatty tissue in the abdomen). This operation can also involve the removal of lymph nodes in the pelvis and abdomen to prevent and find out if there is a spread of cancer. With the lifting of both ovaries and uterus, your chances of having a child will disappear.

Yet another case with ovarian cancer is detected at an early stage. Patients may only undergo surgical removal of one ovary and fallopian tube so it is likely to have children can stay there.

After the surgery, the doctor will schedule the process of chemotherapy. This is done to kill cancer cells remaining. Examples of commonly used drugs are sometimes also combined carboplatin with paclitaxel. During chemotherapy, the doctor will monitor your progress on a regular basis in order to ensure the effectiveness of the medicine and your body's response to the drug.

Chemotherapy is also sometimes given before surgery in patients with advanced ovarian cancer. This step serves to shrink the tumor so as to facilitate removal procedures.

As with other drugs, chemotherapy process also has the potential to cause side effects. Some of them are not of appetite, nausea, vomiting, fatigue, hair loss , and increased risk of infection.

Prognosis For Ovarian Cancer
The earlier ovarian cancer is detected and addressed, your chances of survival will increase. Positive patients diagnosed with ovarian cancer is estimated to have the possibility to survive for one year is about 70-75 percent. There are more than 45 percent of ovarian cancer patients who survive at least five years and 35 percent over 10 years.

People with advanced ovarian cancer generally can not be cured and the goal of treatment is to reduce symptoms and encourage tumors to enter a period of remission.

Ovarian Cancer Prevention
Because the cause is unknown, prevention of ovarian cancer can not be done with certainty. However, there are some things that can lower your risk of cancer, especially methods that can stop the process of ovulation. These steps include:
If you have a high risk of ovarian cancer, surgical removal of the ovaries and fallopian tubes before cancer can also be done to minimize your risk. This procedure is usually recommended at age 35 to 40 years, or when you decide to do not want to have children again.