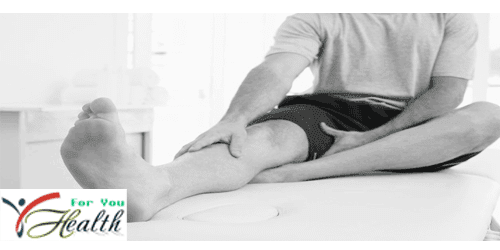 Here are some of the symptoms of bone cancer, including:
In adults, symptoms of bone pain is sometimes misinterpreted as arthritis. In children and adolescents, sometimes misconstrued as a side effect of bone growth. Should see a doctor if you or your child constantly feel pain in the bones for more than three days.

Amputations. Amputation is usually done if the cancer was not successfully treated by surgical removal of bone or if the bone cancer has spread, for example to the nerves, blood vessels, and skin.
Chemotherapy

Chemotherapy is a cancer treatment method that involves the administration of a number of drugs. In bone cancer disease, the drugs infused into the blood vessels.

In the case of bone cancer, chemotherapy is usually done prior to surgery with the aim to shrink the cancer that does not need to be amputated, and performed after surgery for cancer has not reappeared. In addition, chemotherapy can also be combined with radiotherapy to be given to patients Ewingâ € ™ s sarcoma or r adiation chemo before surgery. If the bone cancer can no longer be handled in any way, chemotherapy is usually given in order to slow down the symptoms.

The timing of chemotherapy is usually divided into several cycles, with each cycle consisting of a few days. The number of cycles required by patients with bone cancer vary, depending on the type and severity of the disease pathway by them. Each cycle of chemotherapy are usually separated by a lag time of several weeks. The purpose of this provision is a time lag so that patients can recuperate from the effects of chemotherapy.

Some of the side effects of chemotherapy is hair loss, fatigue, mouth sores, diarrhea, nausea and vomiting, as well as the weakening of the immune system. Usually these side effects will go away after chemotherapy treatment ended.

Radiotherapy
Methods of radiotherapy performed using radiation to destroy cancer cells. In the case of bone cancer, radiotherapy can be used before or after surgery. This method also can be done to slow down the symptoms of bone cancer in patients who can no longer be treated in any way. Radiotherapy is usually conducted five sessions a week and one session usually lasts about 15 minutes.

Just as chemotherapy, radiotherapy also have side effects. Some of these include fatigue, hair loss, joint pain, nausea, irritation and redness of the skin. Generally, these side effects will disappear after radiotherapy treatment ends.

As for the case of bone cancer Ewinga sarcoma who has been diagnosed, the patient terlokalisasinya condition estimated to still have chances of survival by 70 percent for at least the next 5 years compared to patients with metastatic condition that only has a 30 percent chance. Just like osteosarcoma localized, most patients Ewinga sarcoma localized also managed to recover from his illness.

In addition to the spread, how severe the cancerous tissue can also have an impact on the patient the opportunity to recover. According to the study, the odds ratio chondrosarcoma of bone cancer patients live a low stage with high stage disease for at least the next 5 years was 80 percent versus 30 percent.