✖
Home Disease Observing the Cause of Cough In Infants

Observing the Cause of Cough In Infants


Please Share this article is useful !
When your baby cough, it can be heard worrying. Moreover, if the cough in infants interfere forget. Generally, the cough in infants will subside on its own after two weeks, but that does not mean you can take it for granted. Parents need to know more about the types of cough and signs if there has been a progression of the disease or even complications. 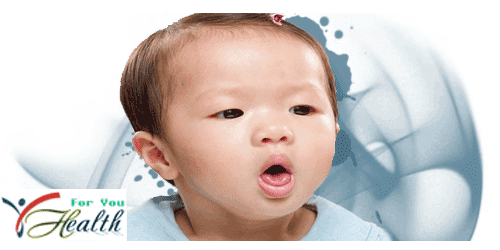 Recognize the type Cough
As adults, babies can experience a dry cough or cough with phlegm. Dry cough is an effort to eliminate the interference that occurs due to itching at the back of the throat. This occurs because of the swelling of the throat and respiratory tract. Dry cough is usually a symptom of a cold or flu outbreak. Babies have the possibility of experiencing colds up to eight times per year. But do not worry because over time the immune child will increase.

Meanwhile, cough with phlegm is a natural attempt to remove phlegm from the lungs. Cough in infants could also be accompanied by other symptoms, such as fever, nasal congestion, sore throat, red eyes, no appetite, and irritability. Besides it can appear swollen lymph nodes in the bottom of the arm, neck, or on the back of the head.

Simple Ways to Relieve Cough
Now many found various drugs are sold freely for treating coughs and colds. But beware, do not carelessly consume. Given the risk of side effects, infants to children aged under six years, should not be given cough or cold medicines without a prescription. In anticipation, there are some simple steps you can do at home to relieve cough in infants, among others:
Recognize Signs of Danger
Although it can be considered a natural reaction, cough in infants should be examined more deeply. Immediately take the baby to the doctor if a cough that occurs accompanied by other symptoms, such as:
In addition, there is also a dangerous condition cough and can easily spread, ie whooping cough. Infants up to the age of six months is very risky to face complications due to this type of cough. Whooping cough can cause the baby was not breathing and her skin looks blue. Complications of whooping cough in infants starting from uncontrollable shaking, breathing stops, disturbances in the brain, pneumonia, and death. To cope with whooping cough, the doctor will usually prescribe antibiotics immediately.

Cough is regarded as the body attempts to expel mucus, or foreign bodies from the respiratory tract. Although often not a bad sign, parents must remain careful when coughing overwrite the baby. If there are other symptoms that may be harmful, immediately contact your doctor or nearest health facility to get medical help.