Please Share this article is useful !
Pancreatic cancer is a disease caused by the growth of a tumor in the pancreas. The pancreas is a large gland that is part of the digestive system and has a length of about 15 cm. Pancreatic cancer can be experienced by both men and women, and usually occurs in people aged 75 years or over.

The pancreas has an important function for the body because it produces digestive enzymes that break down food so that work can be absorbed by the body. In addition, the pancreas also produces hormones, including insulin, which serves to maintain the stability of blood sugar levels in the body. 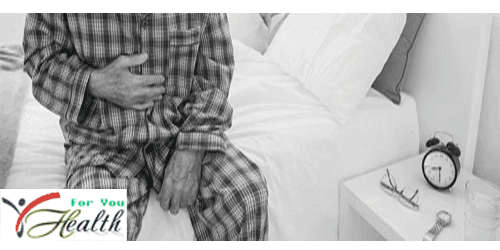 Symptoms of Pancreatic Cancer
Pancreatic cancer in early stages usually does not cause symptoms and therefore the diagnosis becomes more difficult to do. Symptoms of pancreatic cancer at an advanced stage dependent part of the pancreas gland affected because the pancreas has two types of glandular tissue. The first is a gland that produces digestive enzymes called the exocrine glands. The second is a gland that produces hormones, or also called endocrine glands.

Diagnosis of Pancreatic Cancer
The diagnosis of pancreatic cancer at an early stage it is difficult to do because it often does not cause symptoms in people. Physical examination to check for pancreatic cancer is difficult to do because the pancreas lies quite hidden in the body and surrounded by parts of the intestine. Here are some tests that can be performed to diagnose pancreatic cancer:
Stages of cancer is divided into four stages or commonly called the stage. The doctor will classify the stage of cancer based diagnosis has been made. Below is a classification stage pancreatic cancer:
Pancreatic Cancer Treatment
Treatment of pancreatic cancer in each patient is different because there are several factors that determine the type of treatment that is performed as follows:
Treatment in patients with pancreatic cancer aims to remove the tumor and other cancer cells in the body. But if it is not possible to do, then the doctor will perform treatments aimed at preventing the tumor grows larger because it can lead to the emergence of further danger. In addition, treatment was performed useful to relieve the symptoms experienced, and made the patient can feel comfortable.

Treatment or cancer healing process will be much more difficult if the tumor that appear in the body of large or has spread. Discuss with your doctor and family members to choose the type of care that is appropriate to the conditions you are experiencing. The following are some of the treatments that can be done to cope with pancreatic cancer.

Surgery
Type of pancreatic cancer care most is to do surgery because it can treat pancreatic cancer until fully healed. However, not all patients with pancreatic cancer can perform the operation, only 1 of 5 patients suitable for surgical removal of the tumor. There are several factors that can determine the success of the surgical removal of the tumor, among others:
Here are some surgical procedure that can be done to treat cancer of the pancreas:
Postoperative recovery process of pancreatic cancer should be considered because it requires a long time. Here are some things that should be considered in the process of postoperative recovery of pancreatic cancer:
Chemotherapy
To destroy malignant cancer cells in the body or prevent its growth, the patient can do chemotherapy with anticancer drugs. Chemotherapy can be done before or after surgery, or if the operation can not be performed. Chemotherapy drugs have two forms, namely that consumed directly and is given intravenously.

Chemotherapy has many side effects because it can attack healthy cells and normal. Side effects that may occur, such as canker sores, fatigue, nausea, and vomiting. In addition, chemotherapy may also increase the risk of infection. The side effects experienced by patients as a result of chemotherapy is usually only temporary and will subside once the treatment is completed.

The risk of side effects will be increased if the patient is undergoing chemotherapy treatment combination, but it could increase the possibility to control or out of cancer.

Radiotherapy
To help reduce the tumor and relieve the pain, the patient can perform cancer therapy uses high-energy radiation beam called radiotherapy. For patients who can not perform surgery to treat cancer, a doctor may recommend a combination of chemotherapy and radiotherapy treatment.

However, this therapy has few side effects, such as loss of appetite, nausea, vomiting, fatigue, diarrhea, and rash. The side effects experienced by patients as a result of radiotherapy usually only temporary and will subside once the treatment is completed.