Please Share this article is useful !
Galileo was born in Florence, Italy in 1564 to a poor but noble family and he as Astronomer and Scientist 1564-1642. Galileo developed a superior telescope and made many significant discoveries in astronomy. He was sentenced to life imprisonment by the inquisition for his support for the Copernican theory that the sun was at the centre of the solar system. His parents recognised their child’s innate intelligence and talents and so made sacrifices to have him educated.

At his father’s insistence, Galileo studied the profitable career of medicine. But, at the University of Pisa, Galileo became fascinated in a wide range of subjects. He was also critical of many of Aristotle’s teaching which had dominated education for the past 2,000 years. Galileo was appointed to be a mathematics professor at the university of Pisa, but, his strident criticisms of Aristotle, left him isolated amongst his contemporaries. 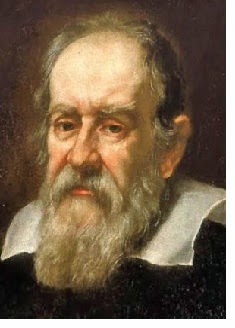 After three years of persecution, he resigned and went to the university of Padua. Here he taught maths. His entertaining lectures attracted a large following and he was able to spend the next 18 years pursuing his interests in astronomy and mechanics.

During this time, Galileo made important discoveries about gravity, inertia and also developed the forerunner of the thermometer. Galileo also worked tirelessly on the science of gnomonics (telling time by shadows) and the laws of motion.

It was in astronomy that Galileo that became famous and for his views, he also courted the opposition of the Holy Roman Catholic Church. Galileo came to the same conclusions of Copernicus that the sun was the centre of the universe and not the earth.

By inventing the world’s first telescope, Galileo was able to make many explorations of the universe. Thus, Galileo not only had the mathematical proofs of Copernicus, but, also new proof from the science of astronomy. However, Galileo knew that publishing these studies would bring the disapproval of the church authorities.

“I do not feel obliged to believe that the same God who has endowed us with sense, reason, and intellect has intended us to forgo their use.”

The Church had already started to forbid the teachings of his teachings, especially anything that supported Copernicus. However, in 1623, a new pope, Pope Urban VIII seemed to be more liberally minded and he allowed Galileo to publish his great works on astronomy and supporting the works of Copernicus.

However, after publication, elements within the Church sought to attack Galileo’s position. Thus, Galileo was arrested and imprisoned for several months. He was convicted of heresy and was forced to recant his beliefs. He spent the remaining years of his life under house arrest at Arceti. Galileo had three children. He was especially close to one of his daughters, Polissena; she took the name of Sister Maria Celeste and entered a convent near Arceti.

Philosophy is written in that great book which ever is before our eyes  I mean the universe but we cannot understand it if we do not first learn the language and grasp the symbols in which it is written. The book is written in mathematical language, and the symbols are triangles, circles and other geometrical figures, without whose help it is impossible to comprehend a single word of it; without which one wanders in vain through a dark labyrinth.”

Despite being censured by the church, Galileo continued to make discoveries until death overtook him in 1642. Under house arrest, he was able to write Two New Sciences, this summarised his earlier work on the new sciences now called kinematics and strength of materials He was blind by the time he passed away.