You Must Know about 10 Harmful Food Additives To Avoid


Please Share this article is useful !
In the modern era, as now, human life can not be separated from the packaged food or processed products are packed with practical. But you realize that the food sold it turned out to contain additional ingredients or additives in food. 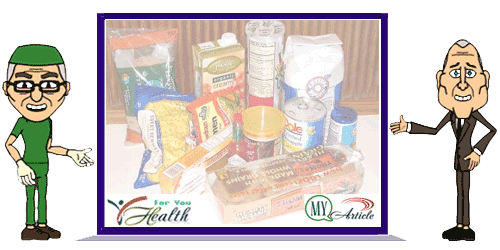 Food additives is to have a role in adding flavor, color and shelf life of food, but these additives may also have a negative effect on the body. Take the time to get to know all kinds of food additives that are commonly used and Harmful for the body, so you'll know what to look for tau avoided, while shopping.

1 Mono Sodium Glutamate (MSG)
Maybe substance that is often known as mecin, MSG is a flavor enhancer and preservative agent that is added to many food packaging and cans. In fact, it is found in foods that are not packaged, such as meatballs, chicken noodle, cuisine at food stalls, even home cooking.

On the label is usually written as MSG, natural flavoring or glutamic acid. According to the Arizona Center for Advanced Medicine, MSG certain amounts may encourage the growth and spread, cancer cells in the body, and can also be linked to "sudden cardiac death."

In a study in the February-March 2008 issue of "Journal of Autoimmunity," the researchers stated that MSG is associated with obesity and inflammation in the body, especially the liver. The researchers also call for re-evaluated the use of MSG as a food additive, and suggested removing it from the food chain.

2. Aspartame
Aspartame is food additives act as an artificial sweetener, and is found in many beverages, soft drinks, candy, sugar-free desserts, chewing gum and so forth. Research in June 2009, "Clinical Journal of Pain" says Aspartame as a trigger for migraine headaches. Aspartame can cause neurological problems, such as hallucinations, and consumption of artificial sweeteners in the long term can increase the risk of cancer.

3 Cyclamate
Cyclamate is another artificial sweetener, the United States food additives was banned because of its potential to cause cancer. It is suspected that cyclamate may actually increase the cancer-causing activity of other substances, rather than causing cancer itself.

4 Olestra
Olestra is a fat substitute that has no calories and can not be absorbed by the digestive system, so just pass by. These additives are often used in food potato chips and other greasy foods. Olestra often have a negative impact on the digestive system. In addition to digestive problems, the Center for Science in the Public Interest, or CSPI reports that Olestra may interfere with the body's absorption of essential compounds from plants such as lutein, lycopene and beta-carotene, all of which help protect the body from cancer and heart disease.

5 Trans fats
Trans fats are often found in foods such as margarine, donuts, microwave popcorn, and various fried foods. On August 15, 2009 "American Family Physician" states that trans fats should be avoided, because one of the substances that can cause problems in coronary heart disease.

6 Butylated hydroxyanisole or BHA
BHA is a preservative additive that slows fat changes become rancid. These substances are often found in cereals, chips and vegetable oil products. When the BHA tested on animals, found to cause cancer. CSPI states that if a substance has been found to cause cancer in three different species, in this case mice, hamsters and rabbits, then it becomes a carcinogen. However, the Food and Drug Administration still allows use of BHA as an additive, in 2009.

8 Saccharin
Saccharin is another artificial sweetener, used in soft drinks. CSPI stated that, like other artificial sweeteners, it has been found that saccharin may cause cancer in the urinary tract and bladder in mice. Saccharin has also been found to cause cancer of the ovaries, and other organs, and enhance the effects of other cancer-causing compounds.

9 Nitrite and nitrate
Sodium nitrite and nitrate is a preservative that enhances the color and flavor of the meat processed. CSPI reports that while there is no definitive studies showing that nitrates and nitrites cause cancer, adding nitrite additives in food as a preservative may actually encourage the formation of cancer-causing chemicals in the food. Sodium nitrite and sodium nitrate should be avoided, until future studies can prove that it was safe to eat.

10 Acesulfame-K
Acesulfame-K is an artificial sweetener that at one time only allowed in sugar-free products. A study of "Preventive Medicine" in July 2008 stating that the use of artificial sweeteners for 10 years to encourage the development of urinary tract tumor, while the report of the "National Toxicology Program" 2005 stated specifically that acesulfame-K showed no evidence of causing cancer in rats. CSPI stated that it can be potentially dangerous, and the food additives that should be avoided.