Please Share this article is useful !
PERSONAL
BIOGRAPHY
Christian Panucci was born on April 12, 1973 in Savona, Italy. He is a defender who usually plays in the right position, but can also play on the left or middle position. Panucci started playing with Genoa CFC in 1992 and then moved to AC Milan. 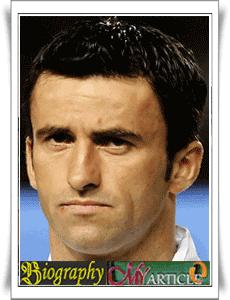 He then moved to Real Madrid, who made himself as the first Italian player who plays for Spain. Then he was moved to Inter Milan, Chelsea, and AS Monaco before joining Roma in 2001. He berhasli win the Champions League with Milan and Madrid.

In January 2009, Panucci Roma excluded from the core team after refusing to be a substitute against Napoli and this also makes it stricken from the list of players who strengthen Roma in the Champions League.

He had expressed his desire to move, but because there is no incoming bids finally he decided to stay. He could then return to the first team after apologizing to Rome his colleagues as well as the management of the club.

Panucci debuted alongside the Italian national team in September 1994 as against Slovenia in the qualifying round of the 1996 European Cup.