Please Share this article is useful !
Typhoid disease is infection of the intestine caused by food and water contaminated by salmonella bacteria thypi taken into the body through the intestine and spreads throughout the body, usually common in children over one year, but did not rule adults can also be affected by the disease typhoid this. 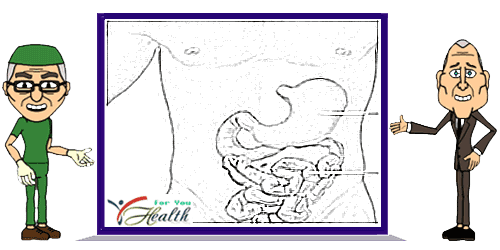 Typhoid disease usually occurs because of a lack of maintaining cleanliness such as not washing hands before eating, drinking raw water directly from the tap or drinking water that has not been cooked, etc. Thus making the Salmonella bacteria can enter the body that cause typhoid disease.

Diagnosis
Symptoms
Spread of Disease Tipes
During the typhoid disease is not very known. Typhoid diseases considered as a disease that is not contagious. But in fact the disease can spread quickly if the environment supports the development of bacteria Salmonella typhi. Salmonella typhi bacteria that have entered the blood and intestines will persist in the body.

This condition occurs if not treated with proper care. Meanwhile, with the right treatment, the bacteria can be completely clean. The spread of typhoid disease may occur from use of cutlery together in unsanitary environmental conditions. Besides water from the environment that has been contaminated with salmonella typhi bacteria will accelerate the deployment process. If these bacteria have entered the body, the bacteria will find a good environment in the intestine and can multiply rapidly. Deployment occurs in the body through the bloodstream.

Intestinal Bleeding
Most common complications are perforation or hole in the intestine. Complications usually occur at the stage of entering the third week of typhoid. Symptoms can be found if perforation is already happening as the blood pressure is steadily declining and bleeding in the stool. In addition the patient will feel nausea, vomiting and bleeding.

Myocarditis
This condition causes the appearance of inflammation of the heart muscle so that people find it difficult to breathe, excessive pain in the chest. At this stage it must be done in an intensive care and treatment is also done for a heart infection. Other complications Very rare is including pneumonia, infection of the kidney, inflammation of the lining of the brain and disruption of hallucinations.

Prevention
To prevent someone avoid this disease now there typhoid or typhoid vaccines that are injected or taking medication and can protect a person within 3 years. Ask your doctor give the immunization.

The immune system must also be improved such that good nutrition, sleep 7-8 hours / 24 hours, regular exercise 3- 4 times a week for 1 hour. For people who have had typhoid disease should not engage in activities that are very tiring. Because it will be easier to relapse than those who did not suffer from typhoid.

Avoid food that is not clean. Wash hands before eating. For people carrier (not suffer from this disease, but it can spread the bacteria) continue taking the drug.

Recovery Tips for Tipes
Consumption of water in sufficient quantities to prevent dehydration. Water also helps the body in order to regain stamina and faster healthy as before.

Avoid consumption of foods containing chilli, extra materials and a variety of foods from milk. These foods can make the affected bowel condition became worse typhoid.

Consumption of porridge mixed with vegetables or other side dishes so that nutrients are more easily absorbed by the body.

Avoid drinking alcohol and all kinds of beverages that contain caffeine so that the body more healthy (read: The Dangers of alcohol and the dangers kafen).

Avoid consumption of milk and all kinds of dairy products because ususmasih very sensitive.