BIOGRAPHY
Takeshi Kaneshiro is mixed-blood actor who was born in Taipei, Taiwan on October 11, 1973, of parents of different nationalities and cultures, which is a Japanese father (derived from Ryukyu) and a mother from Taiwan. Takeshi's unique background brings many advantages for him, especially in his skills using a variety of languages, from Chinese, Japanese, Cantonese, Taiwanese, also British.

Takeshi childhood spent in Taiwan, the process is not easy. He had a little trouble adjusting because the background thereof. Small Takeshi also often used as the butt at school because of the blood thereof, which caused difficulties experienced Takeshi both within Japan and Taiwan. For the same reason, Takeshi decided to move to Taipei American School is more friendly. 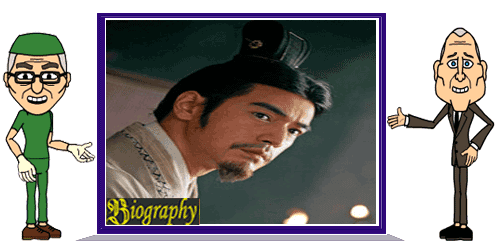 Kaneshiro's career began when she starred in several advertisements in adolescence. Handsome face and uniquely brings a golden opportunity for him to become a pop-star Asia when he joined the Taipei A & R company at the age of 15 years. In 1992, Kaneshiro released a singing career with songs brought Mandarin and Cantonese.

Owned Kaneshiro acting talent also brought some offers to play in the film, with his first role in the film comedy Taiwan. Even the internationally acclaimed director Wong Kar-Wai Takeshi provide opportunities for membintangu Chungking Express and Fallen Angels in 1994 to 1995. The important role Kaneshiro also appeared in several other films that starred, such as Lost and Found arable Lee Chi-Ngai.

In addition to the films produced in Hong Kong, Kaneshiro also began ogled by Japanese film producer. Kaneshiro chance to star in several miniseries, such as God Please Give Me More Time in 1998. The film was controversial enough to bring the story of the love of a HIV-AIDS sufferers.

This film brilliantly Kaneshiro started his career in Japan, with increasing his acting career in many movies, such as Sleepless Town in 1998 and Space Travelers in 2000. Various films Hongkong and Japan acted properly by Kaneshiro who took him to the pinnacle of success.

His role in the film canon of the Battle of tea Red Cliff I and II brought him to fame more than ever, so Kaneshiro began to be known by the international public, not just Asia.

However, a mixture of blood and nationality are also often difficult Takeshi, as happened in Taiwan movie awards. Kaneshiro disqualified from the event Taiwan's Golden Horse Awards in October 2008 because it still holds Japanese nationality.