Please Share this article is useful !
When we want to wear fragrance apart from the price, is certainly the most preferred is the harmony of aroma, whether they fit or not? original, mix, or false? even if it could be used as an aromatherapy treatment or side effects ?. Although most users prefer the fragrance oil in its smell alone. but for lovers of aromatherapy is the main concern of authenticity, because if the oil aromatherapy is false, then the health not obtained, but instead the side effects of a mixture of chemicals that make the skin become damaged. 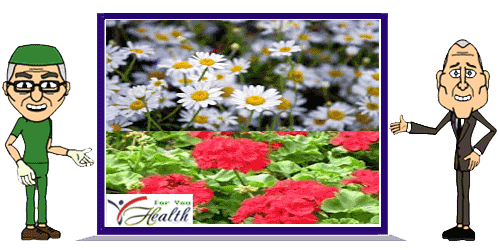 As is known to extract essential oils that can be used as aromatherapy it is very difficult, even if no price is very expensive, so many companies that falsify essential oils are difficult to detect, because the similarity aroma almost the same, so the price could be a little cheaper.

Essential oils is not oils as oil corresponding sense of the word, but rather a substance similar to oil because the shape is more fluid than oil but not greasy so it does not leave marks on clothes or paper. Essential oils are highly volatile materials-that are often also called volatile oil, and very soluble in vegetable oils and alcohol, but do not completely dissolve in water.

For beginners a way to distinguish the genuine and fake essential oil with a drop of oil is above paper, the essential oil will quickly evaporate and disappear without trace if trace means mixed or false.

1. Chamomile (German)
Chamomile (Matricaria recutita) is a type of oil that is very safe with high quality that has been known since hundreds of years ago. There are three types of chamomile oil. Roman Chamomile, German Chamomile, and Morocan Chamomile. Roman chamomile (Chamaemelum nobile) is also referred to as English chamomile or chamomile true. Chamomile is not only good for humans, but also referred to as "the doctor of plants" because they help fertilize other plants around it, also can treat emotional disorders and stress, can also treat diseases such as pain, inflammation, arthritis, sleep disorders, digestive disorders, disorders menstruation, and much more. Besides this oil can be used as a nurse beauty.

2. Cypress (Cupresus sempervirens)
Cypress oil is known as an astringent or deodorant. Oil which has been used since the days of Babylon is very safe and does not cause irritation. In the far east, the oil is always used to treat disorders of body fluids such as sweat or blood disorders menstrusasi too much can also be used as medicine for diarrhea, impaired blood circulation, relieve pain, increase arousal, as well as in the treatment of the skin as an antiseptic, astringent, tonic and skin revitalizer.

4. Geranium (Pelargonium graveclens)
Geranium comes from Africa and has hundreds of varieties, is best used to reduce such tension headaches (tension or nervousness headache), pre-menstrual tension, and menstrual problems. This oil is an aphrodisiac, both men and women, because it smells produksui stimulating hormone. In ancient times, this plant is always used for a romantic atmosphere.

This oil can also be used as body-cleansing, toning, and sharpening oil. Excellent and safe in dealing with oily skin disorders and avoid damaged skin from temperature changes in maintaining the beauty of the skin.

5. Juniper (Juniperus communis)
Several centuries ago this oil is used as a household disinfectant and is also used to stimulate the digestive system and kidneys. Together with cypress and eucalyptus very well be used for detoxification. This oil is also good to deal with stress, fatigue, plant vitality, cope with skin disorders, oily hair and other skin disorders.

6. Kenanga (Ylang-ylang, Cananga odorata)
Kenanga from tropical regions and is widely used in industry because of the smell that fragrance substances is very exotic and history as enhancing the vitality of old. Ylang oil is a very expensive oil. Although abortion is safe, for some people smell can cause unpleasant things such as dizziness or feelings of nausea.

7. Lavender (Lavandula augustifola)
Lavender has a relaxing effect at the same time so it is a good stimulant used as conditioning in people who are anxious and people experiencing deperesi. Lavender oil is very useful for digestive problems, menstrual, influenza.serta aromatic strength to overcome the problem of joints, headaches and others.

8. Rosemary (Rosmarinus officinalis)
Rosemary oil is an essential oil that is so important that it can be used as an antiseptic at home. in the days of ancient Greece, rosemary was burned in order to worship the god procession. Currently rosemary is often used as a food flavoring, terafis aromatic, stimulant vitality, as well as for other treatments.

9. Sandalwood
Sandalwood oil or sandalwood is hard to come by since Santalum album that can produce oil after the tree was 30 years old so the price is very expensive and difficult to obtain. Along with eucalyptus and juniper, this oil has a relaxing effect at the same stimulating effects, in addition to having other properties that can be used for treatment.

10. Tea tree (Melaleuca alternifolia)
These oils are highly preferred by experts because it has the effect of aromatherapy work on three types of microorganisms that interfere with humans are bacteria, viruses, and fungi. Such as eucalyptus oil, tea tree used by aborigines as a cleanser and vulnerary.