Please Share this article is useful !
Who is not familiar with Nokia, a manufacturer of telecommunications who had triumphed in the world. But since its telecommunication devices division was acquired by Microsoft, Nokia is rarely longer issue new mobile products with the product name Nokia. Nokia's success can not be separated from the interference Fredrik Idestam known as the founder of Nokia. 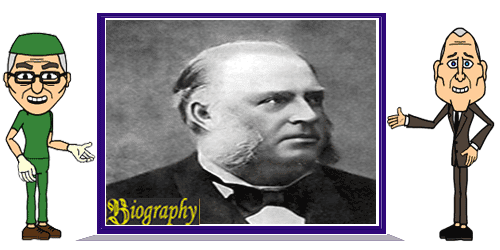 Papermaking Enterprises established the factory named Nokia
Paper production business Idestam acted by seeing the market opportunity is very big in Europe as it is where the demand for paper industry is very high. Another thing that underlies Idestam pioneering efforts paper mill is the new technology on the manufacture of paper which he had brought from Germany to Finland when, where previously papermaking technology in Finland are still using cloth as raw material, but thanks to technology from Heinrich Voelter about papermaking using raw materials Wood then Idestam then adopt it and introduce it in Finland. After obtaining permission on 12 May 1865, the paper-making factory Idestam officially established under the name of Nokia. and then celebrated as the founding date of the founding of the company Nokia.

Nokia name comes from a community that is in the river Emakoski located in the south of Finland. Nokia factory itself was founded beside a waterfall in Tampere in 1866. The factory Nokia accidentally didirkan mengat tejun water near the waterfall is used as a power plant for the plant and wood in abundance around the plant as raw material for paper.

The high demand for paper making factory which was founded by Fredrik Idestam growing rapidly. Until then in 1871, Fredrik Idestam with Leo Mechelin move their operations to the Finnish town and then officially founded a company called Nokia Ltd. His company when it became the largest paper company in Finland and managed chalenge paper industry and paper exports to the Other Europe region.

Then on April 8, 1916, Fredrik Idestam as Nokia founder died and left the company Nokia to his successor. Until later when World War I finished, in 1920, Nokia Ltd. continues to develop into a leading paper manufacturer in mainland Europe. Then the Finnish Rubber Works company engaged in the Raw Rubber Works and Finnish Cable engaged in the Cable and Telegraph in Finland joined Nokia.

Nokia World Telecommunication Being Manufacturers
Until then in 1950, Chief Executive Officer (CEO) of Nokia named Björn Westerlund then predicted that the future growth of some sectors of the pulp and paper will be limited and instead built an electronics division at the plant cabling Helsinki, from where the forerunner to start leads to sector seluluer. For 15 years probation Nokia electronics experience from a variety of errors. However, of all the mistakes and experiments, it woke up gradually substantial skills of a bunch of talented experts. In the 1970s Nokia and Salora television manufacturers joined forces to develop mobile phones (cell phones).
Products Nokia

In early 1981, Nokia successfully launched a product called Nordic Mobile Telephony (NMT). NMT is the first multinational cellular network in the world. Therefore, throughout the 1980s NMT was introduced to a number of countries and received overwhelming response. Now, as many as 2,100 series phones Nokia gain success. The sales target of 500 thousand units achieved in 1994. With a workforce of 54 thousand people, Nokia products sold in 130 countries. Now maybe everyone knows that the mobile phone is Nokia's easy to operate, because that's the motto of the Nokia.

Nokia became the largest mobile phone manufacturer in the world. In 1998, Nokia's focus on telecommunications and the initial investment in GSM technology have made the company become the world leader in the mobile phone. But Nokia is not always prevail, in early 2010, tough competition mobile products world eventually make Nokia a continuous decline, Nokia's continuous losses until eventually right on April 25, 2014, Nokia officially acquired by Microsoft were later put an end to the glory of Nokia a company built by Fredrik Idestam in the mobile phone business for 34 years.