Please Share this article is useful !
Bartolomeo Cristofori was born in Italy on 4 May 1655. The life of childhood are not widely known. Cristofori people refer to as the first to discover the piano. A source said only that Cristofori gain knowledge by way of "serving" in Nikolo Amati, a famous violin maker at that time. At the age of 33 years or more precisely in 1688, Cristofori was recruited by Prince Ferdinando de Medici. Ferdinando is a music lover who is heir to Cosimo III, one of the Grand Dukes of Tuscany.

At that time the kingdom autonomous KECL Tuscany in Italy. Cristofori worked with tenacious and diligent so as to make Ferdinando amazed and delighted him and give higher pay than originally agreed. In 1700, for the first time Cristofori make a musical instrument later known as the piano. Cristofori findings musical instrument has a 4 octave voice. 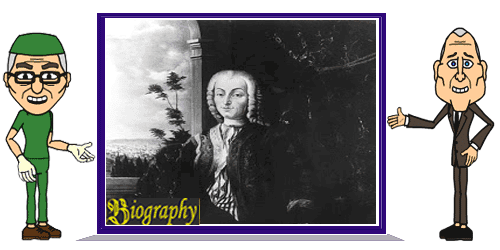 A journalist named Scipione Maffei describe the instrument as gravecembalo col piano e forte, meaning harpsichord with soft keyboard that loud. Originally this instrument called the pianoforte, but in the end, better known by the name of the piano.

Piano is one of the tools of classical music which is very popular with the public. Distinctive voice makes the pianist (a term for people who play the piano) can express his feelings through the piano. The piano is played with the fingers, so playing the piano much like typing fingers on the piano keys. Playing the piano is very exciting that can be used as a profession for those who are very adept at playing the piano.

Call it the pianist - the world pianist who make money by selling their works at playing the piano. Complete with sound characteristics - from low pitch to high pitch - piano can play a thousand of the 'noise' that can make the ears of the listener feel like. Not only that, the piano is also said to be a romantic musical instrument, because the pianist expertise in play tones can create a romantic atmosphere.

Cristofori died on January 27, 1731 or at the age of 76 years. Currently there are at least 3 Cristofori piano works that still survive and are kept in various museums. One located at the Metropolitan Museum of Art, United States (made in 1720), one in the Museo Strumenti Musicali, Rome, Italy (made in 1722), and one in Musikinstrumen-Meseum of Leipzig University, Germany (made in 1726).